On my first day in the Keys and after a long drive, I settled into my hotel and checked out the bar, and the bartender just happened to be a local fisherman as well. Steve was great with the info and told me a few places to check out and what bait to take. The reassuring part was the fact that the areas I had already discovered online and the baits to use, well those were already recommended earlier in the day.

The next day after work I set out to check the first few spots on Key West! I started out on White Street Fishing Pier. I spoke with a few locals that were fishing with squid of course and decided to break out the travel rods. On the pier, the popular technique, was the squid for smaller fish near the pier, then cast the smaller fish farther out for something better. I chose to ignore this and throw lures and jigs all to watch a few fish strike and follow my baits.

I moved on to fish a few more spots working towards the airport. Heading towards the airport the spots I chose were; the corner of Bertha St & S Roosevelt Blvd, the third rock jetty on Smathers Beach (all were recommended), and the corner near the airport where S Roosevelt heads north just past the Best Western. It was at this corner I had my first strike from a small barracuda. I also spoke with a local, who again recommended squid, hum…shocker!

My final day, I took the some of the advice and bought bait, well not squid but shrimp from a pretty cool tackle shop and bar. Key West Bait and Tackle is a pretty cool little hangout, not only to get bait but talk with some locals as well.  I got the shrimp and headed to Fort Zachary Taylor and fished the rock jetty next to the beach.

I set up on the rocks and decided to try my lures again just in case. Well just in case nothing decided to strike. I tied on a small jig with the shrimp and proceeded to feed the local population of very small fish with my shrimp. Those little….kept stealing my shrimp…… I decided to pull out the Berkley Gulp shrimp that I brought with me and put a very small piece on. If you leave the jig in place just barely moving it with the Gulp, you will catch smaller fish near the rocks by the shore. I did catch a small bait fish and threw it out on my bigger rod and proceeded to try to catch more bait.

I did manage one decent fish to the shore but I have no clue what it was. It did put up a good fight, which most saltwater fish seem to do.

Within minutes, I had something pulling line off my reel. Something so BIG, it literally took all my line….:( I spooled back up, but could hook any smaller fish with the power bait so I put on a couple of shrimp and chucked it back out in the deeper water. Again, within minutes the line began to scream until……wait for it…….snap. No more line….. At this point, I didn’t have any heavy sinker left and just used the rest of the shrimp to find the local population living amongst the rocks. In the end, I had a good time and got some well-needed sun. Just wished I would have listed better. Maybe next time in Key West!

Recommendations for shore fishing the Keys and Key West.

The best bait to use to avoid the bait stealer is squid and Berkley Gulp.  Any shiny for barracuda! Small jigs with bait to catch more bait. Then send the smaller bait or the bait you bought farther out to deep water to catch something else. I’m very confident that this info will bring you luck in the Keys, that I on my next trip I promise to follow my own advice and use this info and let everyone know how it works. 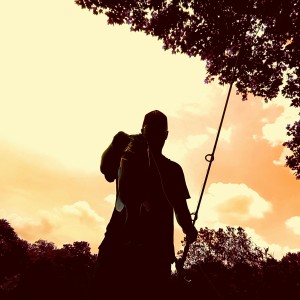 © WWW.THENATIONALANGLER.COM, 2016-18. UNAUTHORIZED USE AND/OR DUPLICATION OF THIS MATERIAL WITHOUT EXPRESS AND WRITTEN PERMISSION FROM THIS SITE’S AUTHOR AND/OR OWNER IS STRICTLY PROHIBITED. EXCERPTS AND LINKS MAY BE USED, PROVIDED THAT FULL AND CLEAR CREDIT IS GIVEN TO WWW.THENATIONALANGLER.COM WITH APPROPRIATE AND SPECIFIC DIRECTION TO THE ORIGINAL CONTENT.